Warning: count(): Parameter must be an array or an object that implements Countable in /nfs/c01/h08/mnt/34783/domains/tania.layden.info/html/wp-includes/theme.php on line 630
 Dale Chihuly – Not a Fashionista
Skip to content 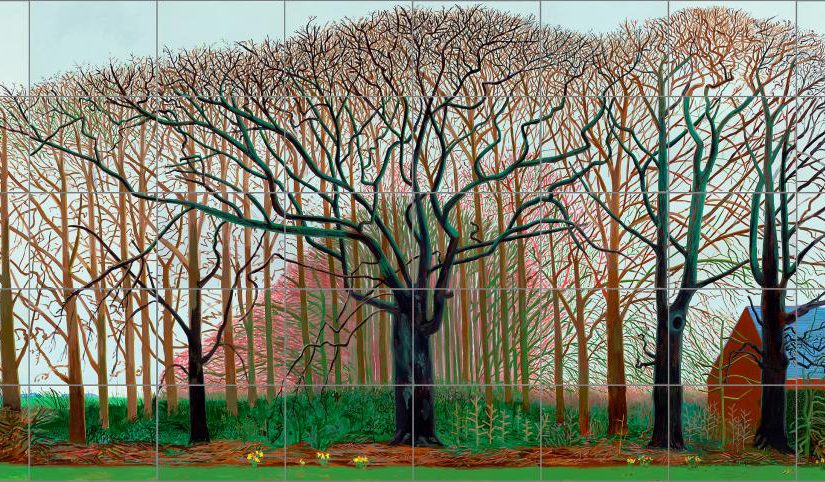 I first came across David Hockney’s work through the lithographs of Celia Birtwell, wy back in the 70s when I was an art student studying printmaking. I loved these images, the simplicity of the line work with its subtle wash – stylised but capturing a moment.

On exploring Hockney’s work further I saw an exhibition of his LA Swimming Pool series and again I was struck, not just by the naturalness of the image/subject matter but at the complexity of the structure and composition that made these images so alluring; they were so quintessentially modern.

Many decades later I was fortunate to see a wonderful exhibition at the National Gallery of Australia which showcased the work of Dale Chihuly as well as featuring Hockney’s A Bigger Grand Canyon. For me it was one of those ‘wow’ moments. Coming out of the wonderfully curated Chihuly show – which was akin to walking through Aladdin’s Cave – to see this incredibly strange painting consisting of many small canvas boards in the strangest colours was one of the highlights of my art viewing.

What made it so special was a short film that accompanied the work: David Hockney talking about his process in constructing this amazing piece. Not just the footage of him driving his convertible along mountain rides listening to Bach, but also his using photographs of multiple viewpoints and then the process of colour selection. I finally sat down right in front of that painting and it took my breath away. I was able to experience it from so many different point of views (perspectives) that it wasn’t a static image, it was an alive and deeply moving colourful experience. Sadly, the NGA has now hung this masterpiece on a wall over the escalators so that it’s impossible for anyone to really see/view/experience it, or indeed understand what all the fuss is about. I don’t understand why this decision was made as I think it remains of the true great works in the collection.

One of Hockney’s ‘tricks’ is to eschew traditional perspective – a fifteenth century construct which is fixed  – and opt for a more subjective view. He sees his objects from multiple perspectives, from many views and many sides and angles and manages to capture the visual experience of being in the presence of the depicted image. Masterful.

So it was with great anticipation that I wanted to see the NGV’s exhibition of Hockney’s new works: Current. And yet, when I expressed my interest and asked if people wanted to go see it with me, the response was lukewarm: ‘nah’, not really interested.
I had talked to a friend who had seen it and she related how impressive the digital/iPhone images were and Hockney’s discussion of his art making on video. I definitely wanted to see this. I had also seen a very short interview with Hockney on SBS about this show and the glimpse of the images impressed me with their bright colour and sheer joyfulness. I was going to see this show.

And so I did. I managed to convince a friend to see it with me – he and I went to uni together to study Art History and although he was sceptical about the show, he was gracious enough to come. I’m extremely pleased to say that he was blown away and thought it one of the best shows he’d seen. Hockney is not just a master of colour he is a master of invention.

Hockney’s use of the iPhone (and then the iPad) to create ‘pictures’ is mesmerising. His use of colour is breathtaking and his skill, well, I think he is one of the greats. And at age 90 he is making inroads and creating works that not only astound but delight. If ‘joy’ was something I had expected to experience, I found it to be so much more than I could ever have contemplated. There were so many ‘wow’ moments in viewing those works; so many mouth-gaping ‘how is that possible?’ that I came away convinced that I had seen one of the greatest shows of the 21st century (second only to an exhibition of Anselm Kieffer that I saw at the Royal Academy of Arts in London).