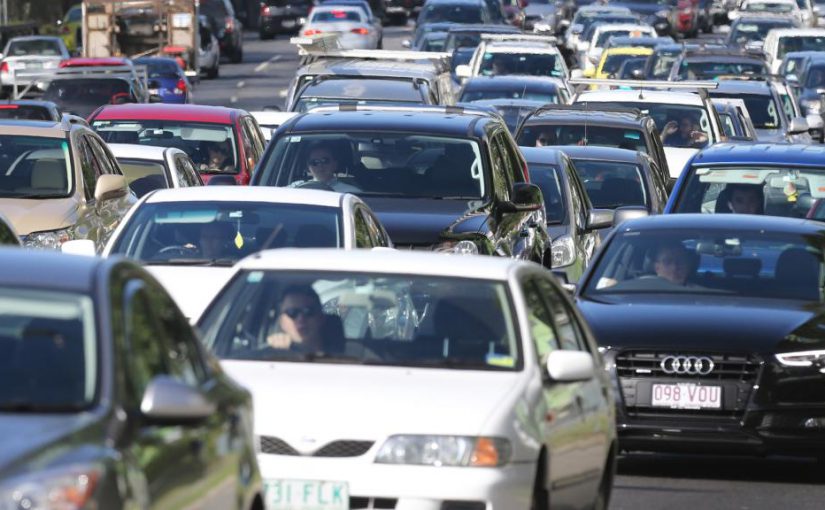 Every Sunday morning we get up and get ready to head down south where I work two days a week.  It’s a tedium we try and mitigate by doing nice thing for ourselves, like either going to yoga or having an indulgent breakfast.  And then into a quick clean and pack before heading out.  We generally leave at 2pm with a view of arriving somewhere around 5pm.

The drive should only take 2.5 hours.  But Ms Google has informed us today that there is a long delay – 30 mins of red highway and so our arrival is timed for after 5.30pm.  Why?  Who knows.  Ms Google doesn’t seem to know.  All she knows is that there’s congestion.  At the moment we’re stopped.  Traffic isn’t moving. All seems to be going well the other way – cars moving fast with no congestion.  On this side of the road: nada.  No movement.  It’s an exercise in frustration.  It seems to happen a lot.  And it doesn’t seem to matter what time or day we leave.  Heading back to the sunny coast we leave after 4pm on either Tuesday or Wednesday and same thing: delays and congestion.  The supposed 2.5 hour journey generally takes 3hours+.  Its tedious but also gruelling.   But the most frustrating part of it is not knowing the cause of the congestion.  Too may cars?  Or is it just the roadworks (that have been going on for over 10 years – without sight of person or vehicle making any progress)? Or something else.

I had considered public transport.  But the logistics are impossible Queensland is just not commuter friendly.